"Getting rid of the most problematic pests since 2013."

The most common bat in Alabama is the brown bat. When bats move into attics and set up nursing colonies, their numbers grow from year to year, returning to the same home yearly to raise their young. Bat removal is done by putting up a check valve over their point of entry, allowing bats to fly out but not to get back in. After several days this is removed and points of entry are sealed up. Bat removal should be done before May 15th or after August 15th, as they have babies during this time and babies must be able to fly and get out with the mother bats. So if bats have invaded your home give us a call. 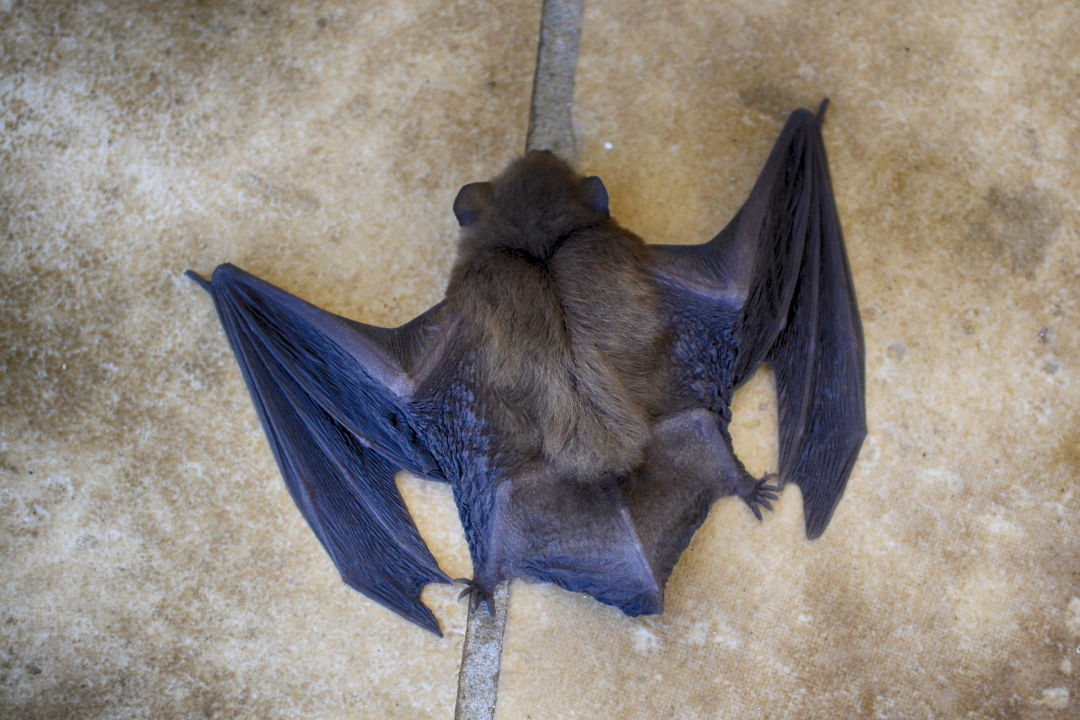 Beavers cause extensive tree damage and flooding. They remove the trees and feed on the twigs, leaves and under layment of bark. They use the leftovers to build lodges and dams. If they are on a lake or pond they will dam up and clog your culverts and spillways that drain your lake, causing water levels to rise and flood. In streams they build dams and develop a lake of their own. If the beavers have moved in on you give Alabama Wildlife Services a call and we will remove them. 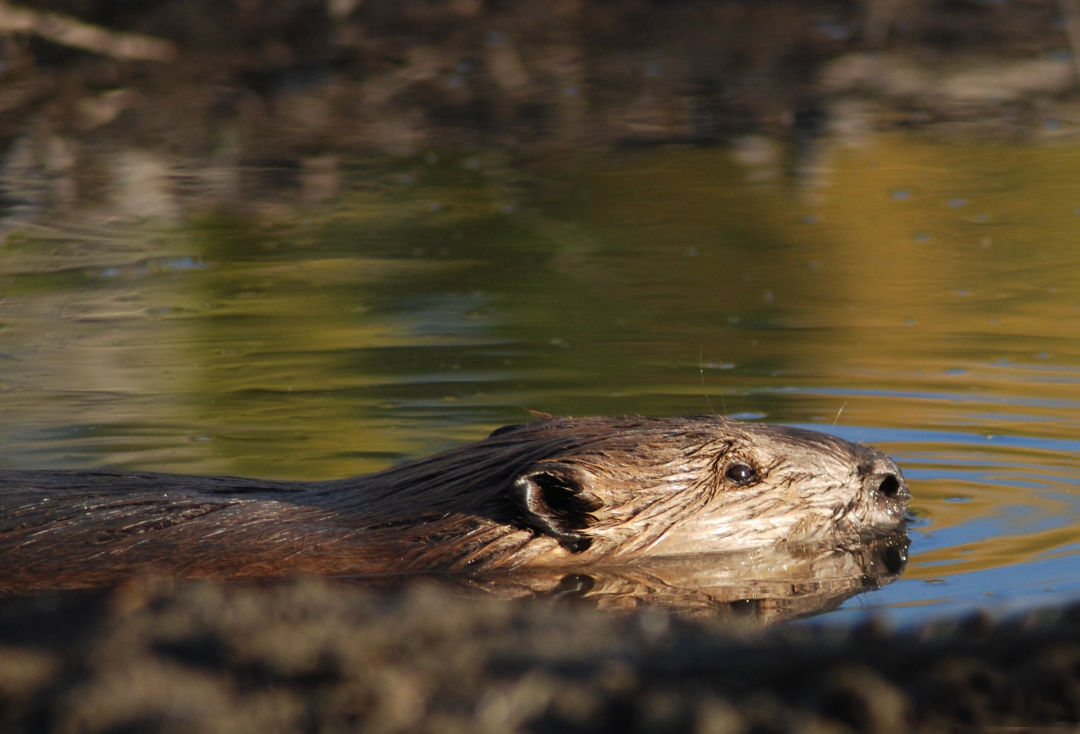 If a colony of birds have moved into your attic, we take great care to remove the wildlife safely and effectively, and we solve the problem permanently, with guarantee! 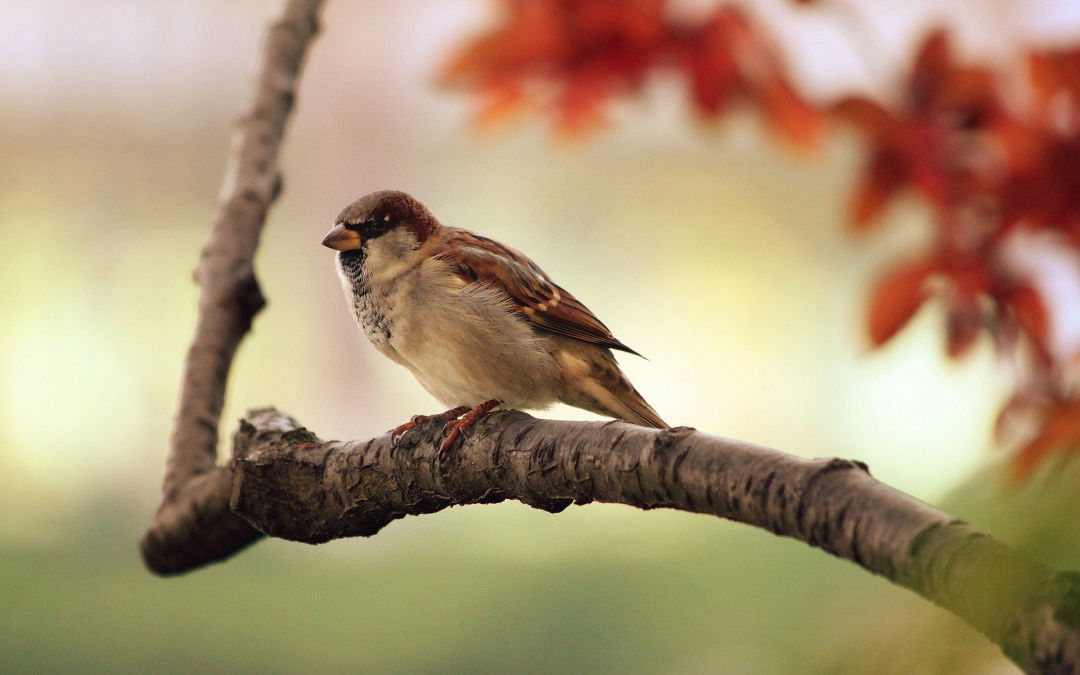 Chipmunks cause problems to slab concrete, foundations, and retaining walls with their burrowing activity. They also love to raid your vegetable gardens and chew on the roots of your plants and bushes. If you have a chipmunk problem give us a call. 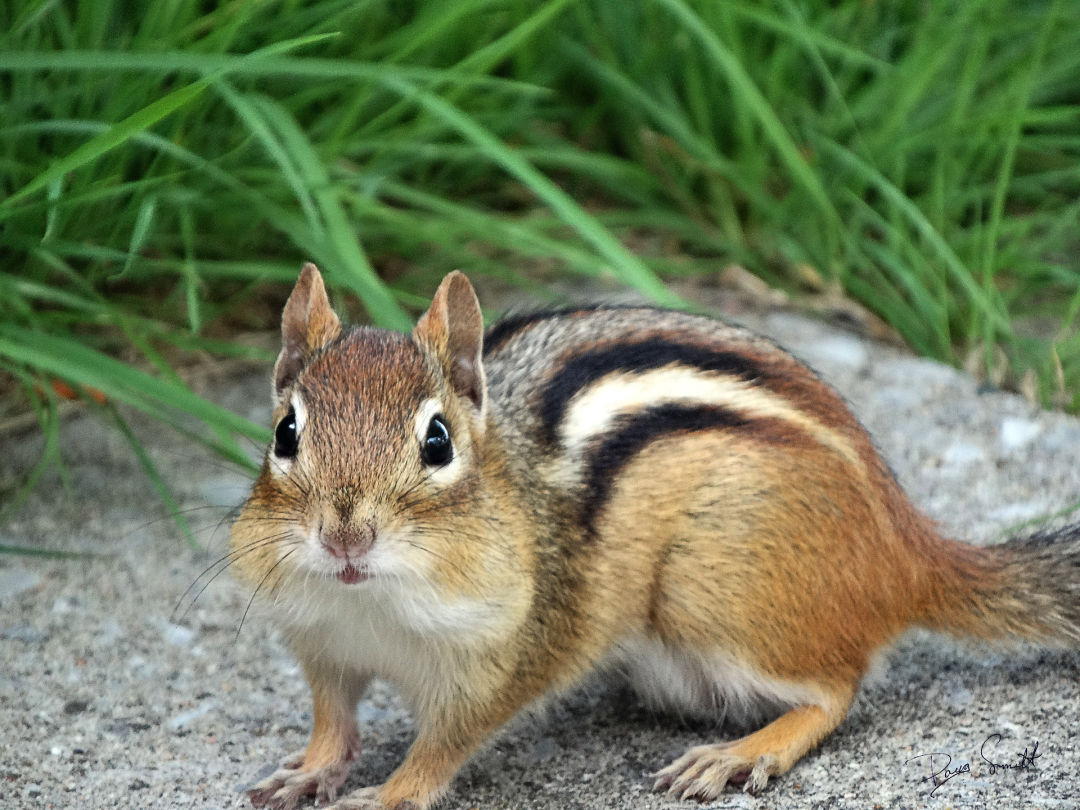 Flying squirrels are nocturnal creatures. They are very small and easily make their way into attics, playing around at night and keeping you awake. Give us a call, we can remove them and make repairs to your home to prevent re-entry. 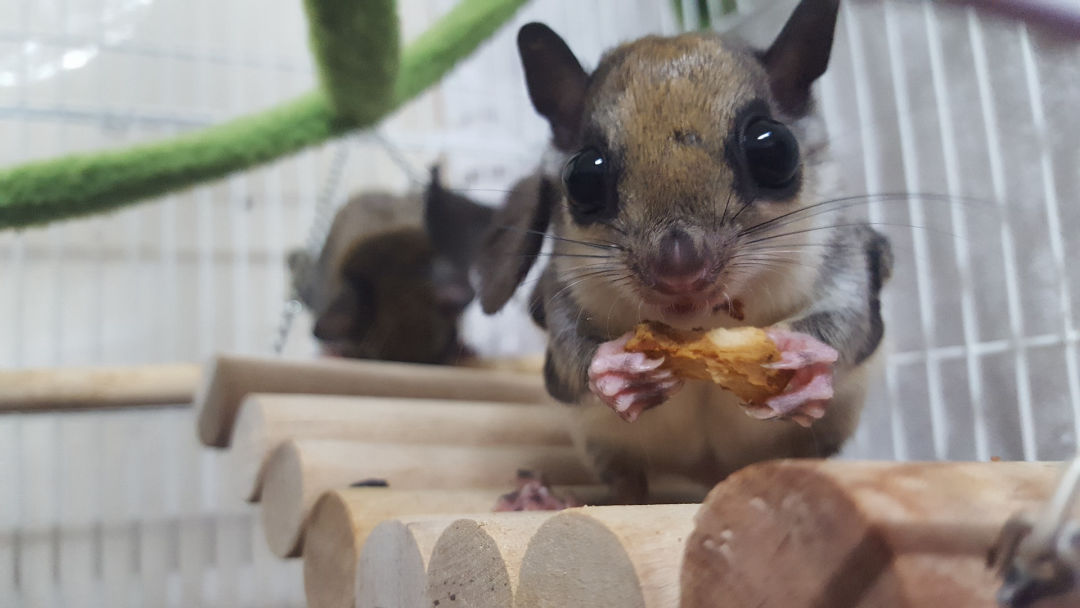 Are moles destroying your lawn? Moles breed once a year, generally in February and after a six week gestation period can produce litters of 2 to 6 moles. Call us now to make your removal before the spring litters arrive. Did you know? Moles do not hibernate and are active year round. Moles are very territorial. You generally average 1 to 3 moles per acre, unless there is a female with dispersing young. They can eat their weight a day in high energy food. 80% of a moles diet are earthworms, and the other 20% comes from other insect larvae in the ground such as ants, grubs, spiders, etc. They can dig 18 feet of tunneling an hour and throw up numerous piles of dirt known as mole hills, destroying a beautifully manicured lawn in search of high energy food. Moles can be trapped year round, so don’t ignore your lawns in the winter to avoid spring litters. 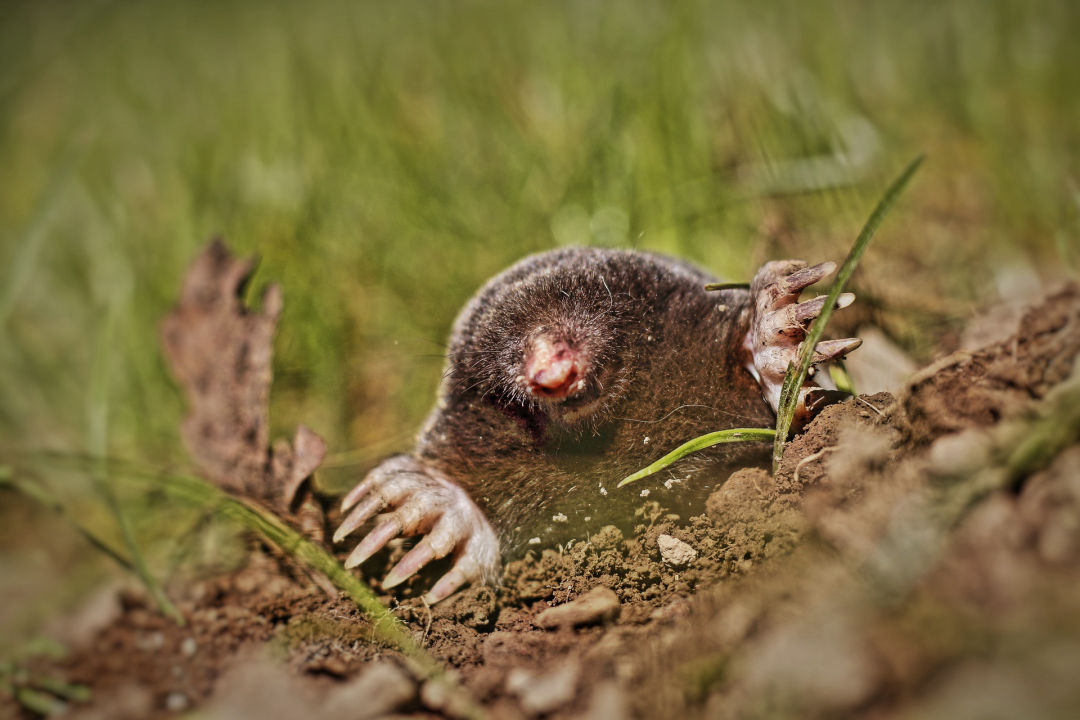 Opossums love to take up residence under your decks, crawl spaces, under sheds, and in attics. We can make repairs to your home to prevent re-entry. Give Alabama Wildlife Services a call if this pesky critter is causing problems. 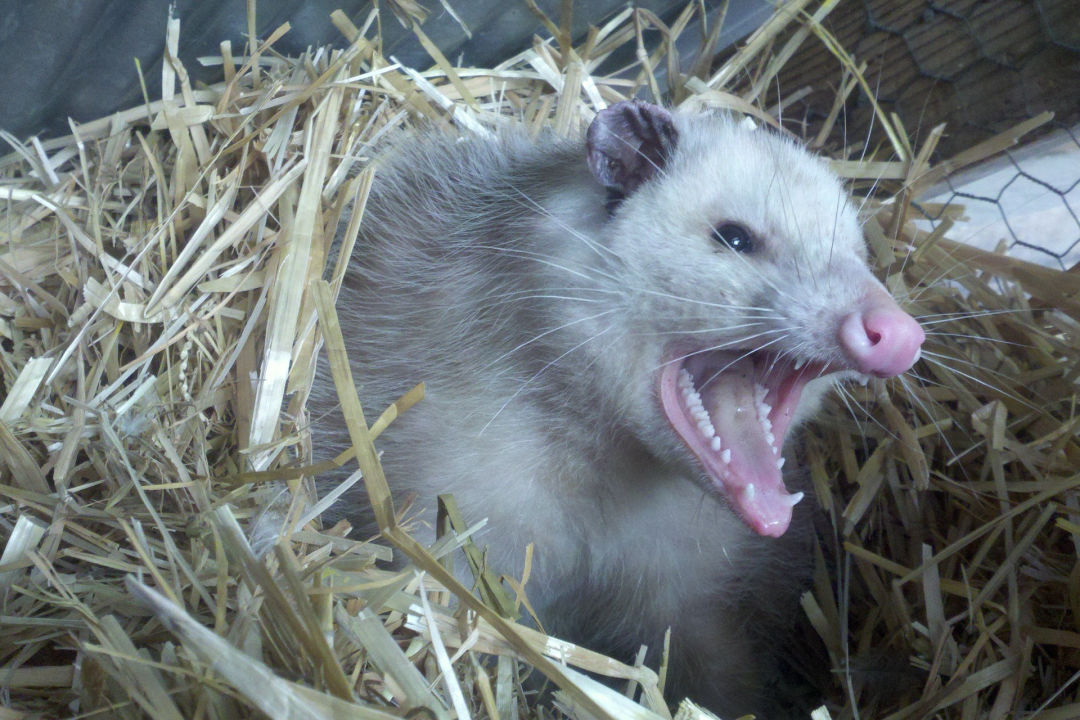 Three of the raccoon's most distinctive features are its extremely dexterous front paws, its facial mask, and its ringed tail.
Even though they may look cute and cuddly, raccoons can be absolute menaces to homeowners. Raccoons are good at tearing up gardens, lawns, to destroying attics and crawlspaces, to chewing through your home's wiring, pipes, home exteriors and even tearing holes in roofs. And that's not even including the health risk they pose, carrying various diseases like rabies and raccoon roundworm, which can affect both humans and pets. 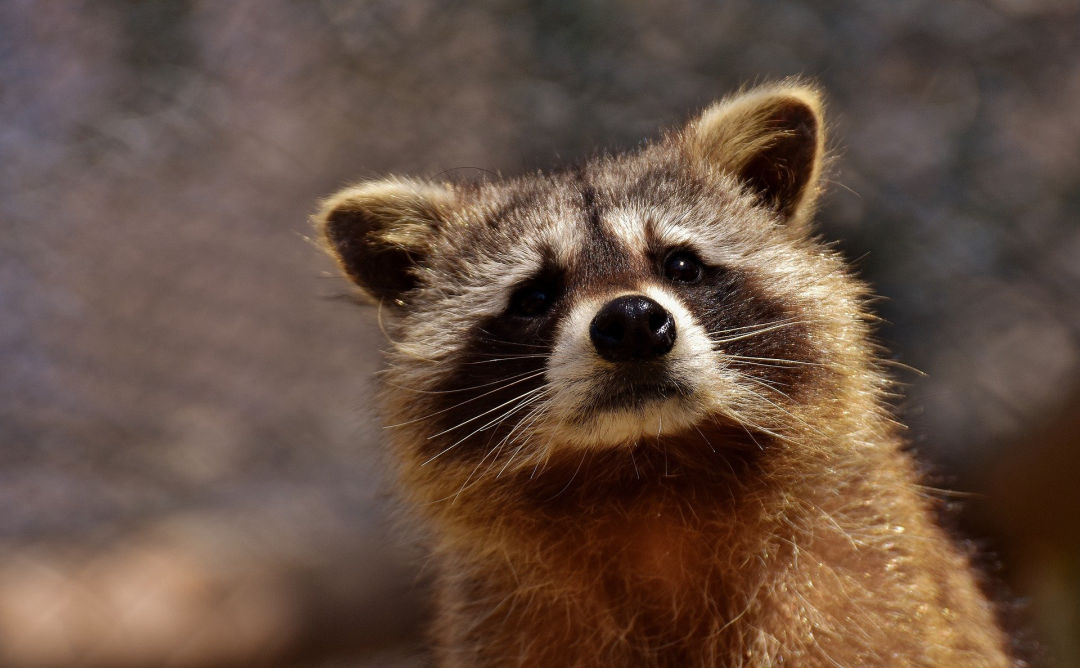 Hearing scratching in your walls or attic at night? This might be rats or mice.
MICE:
The typical house mouse is very small and can fit into a hole the size of a dime. So the best way to prevent them from invading your home is to seal these entry points with the proper material. This can be a daunting task because houses usually have little hidden gaps, cracks and this makes it almost impossible if you don’t know what to look for. A professional will usually be able to find these areas quickly and repair them to prevent future problems.
We always recommend using traps over poison because this makes it easier to remove the mice. Using poison for controlling the population outside of the home isn’t a bad idea but this should be done by a licensed and insured professional like Alabama Wildlife Services.
RATS:
In north Alabama we usually deal with three types of rats: Roof rats, Norway rats and Pack rats.
Adult roof rats measure 6/8 inches in body length and 7/10 inches in tail length, that’s 13/18 inches in total length.
Signs of a rat infestation could be noises in the attic at night, large droppings inside the attic/ home and seeing dead or alive rats. These rats love to live in your walls and attic but when populations get out of control they will stay underneath or even inside of the home.
NORWAY RATS:
These rats are usually larger than the roof rat in body size but not tail length. They like to live closer to the ground usually in crawlspaces this is when they become a problem. Signs of infestations may include noises in the crawlspace at night, large droppings in your crawlspace/home and seeing live or dead rats. 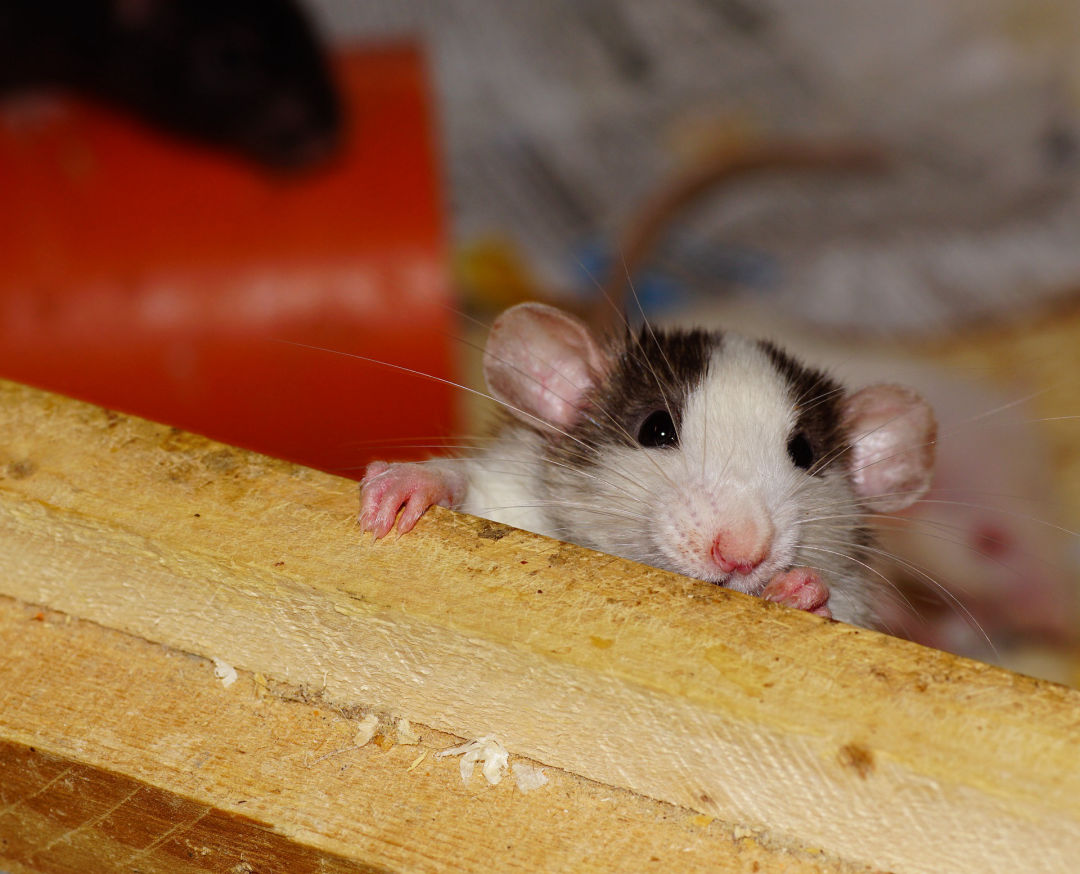 All these rats are known for being able to gnaw through almost anything. This can make rat exclusions very hard and time consuming. We recommend trapping the animals over poison because this makes it easier to remove the rats. Using poison for controlling the population outside of the home isn’t a bad idea but this should be done by a licensed and insured professional.
Rats, mice are known for carrying diseases such as jaundice, rat-bite fever, trichinosis, hantavirus, salmonellosis and listeria. They are all known to multiple very quickly with mice having between five to ten litters per year. Rats have between six to eight litters per year. Both can produce between five to ten offspring per litter and these offspring start producing litters in four to six weeks. 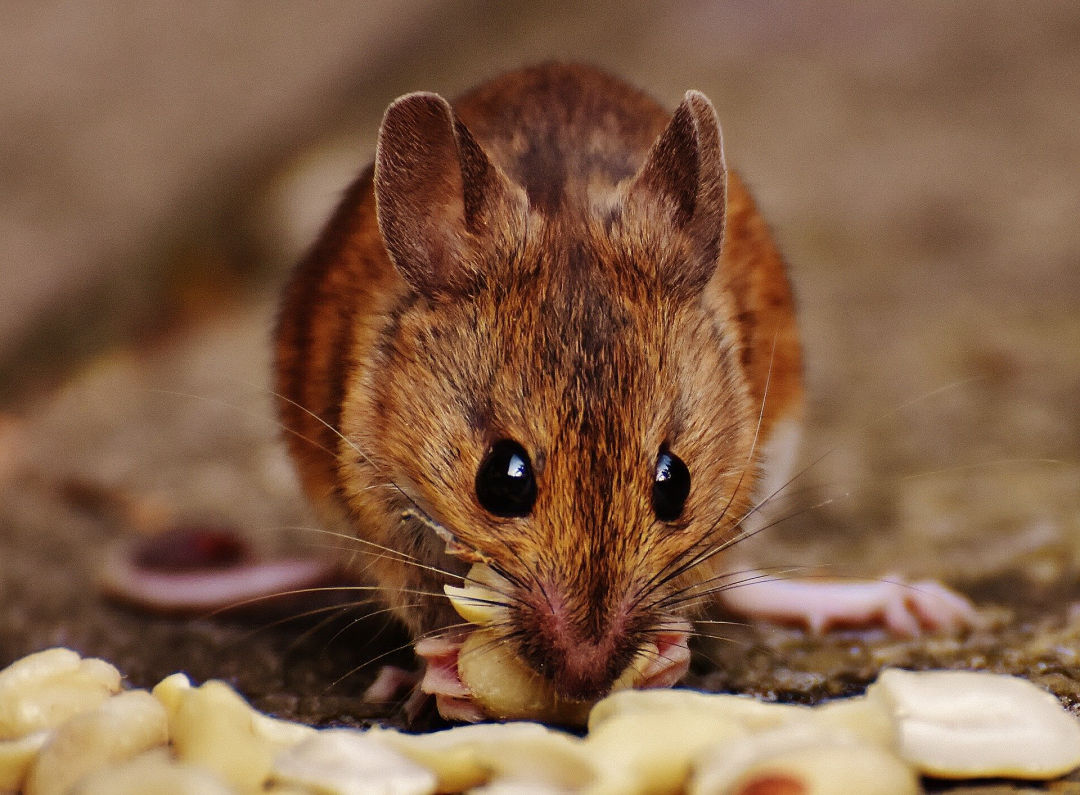 Skunks around the home can cause a lot of problems. Sometimes the dog gets sprayed or you get woke up in the middle of the night because a skunk has sprayed underneath your home.
What causes skunks to live underneath your home or shed? Either they are looking for a nice warm dry place for the winter or in early spring they are looking for a place to have babies. Early spring is when homeowners usually notice they have a problem. This is breeding season for skunks and the females will spray the male to make him leave her alone. When this happens the scent can be very strong and will permeate carpets, clothing, ac unit duct, etc... And this could last up to 6 months if left untreated.
Skunks usually enter a crawlspace underneath ac units, foundation holes or missing ground vents. These animals can be difficult to remove and would never recommend DIY skunk tapping unless you are an experienced trapper.
Disease- leptospirosis, canine distemper, canine hepatitis, intestinal roundworm (Baylisascaris columnaris), rabies. 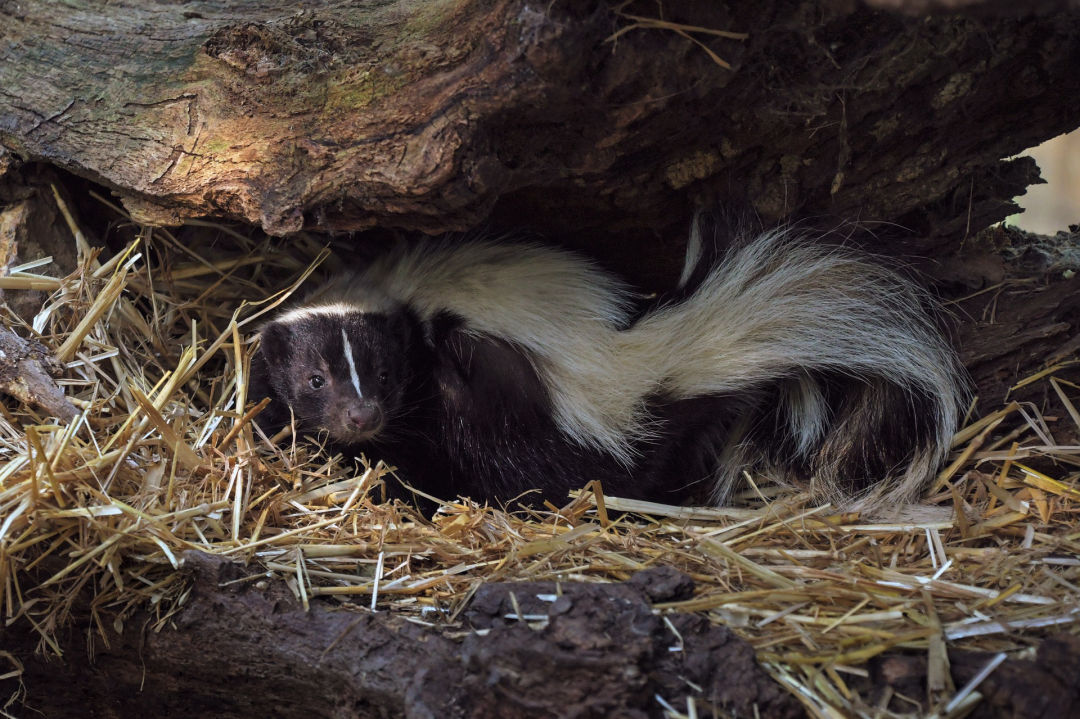 Finding a snake in your home is disconcerting, but don’t panic. Call Alabama Wildlife Services and let us safely and responsibly remove the snake and identify the entry point so it can be addressed. 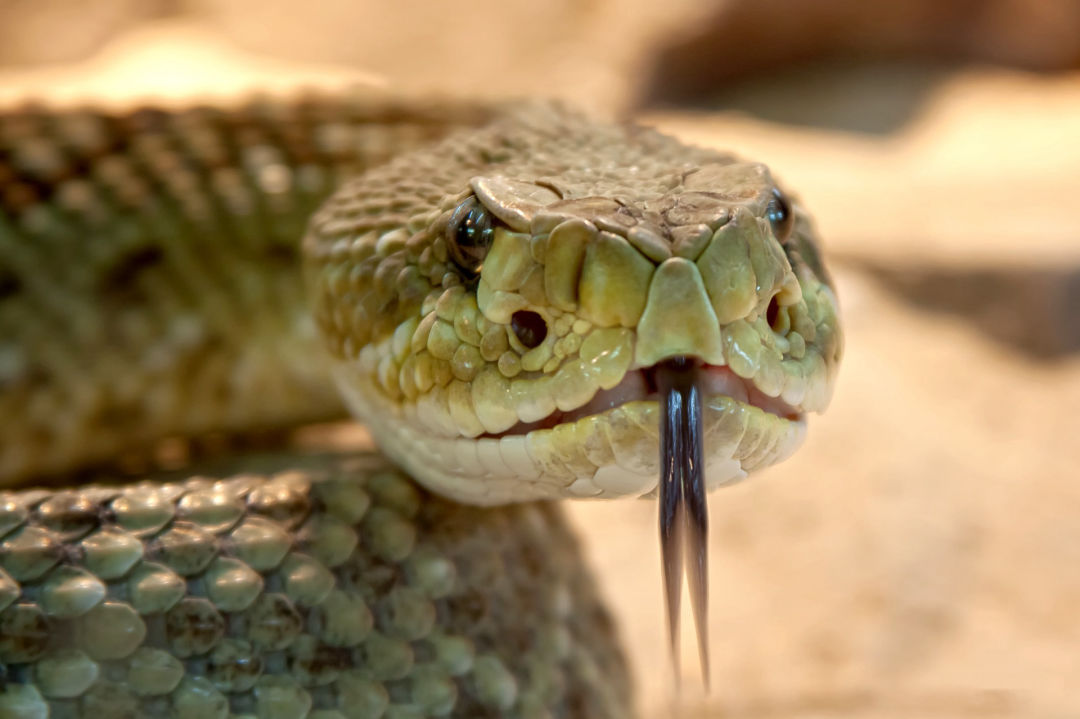 Are you hearing scratching, scurrying, and noises coming from your attic, especially in the mornings and evenings? Those noises could be coming from squirrels.
Squirrels in your attic are more dangerous than you may think and need to be removed ASAP. 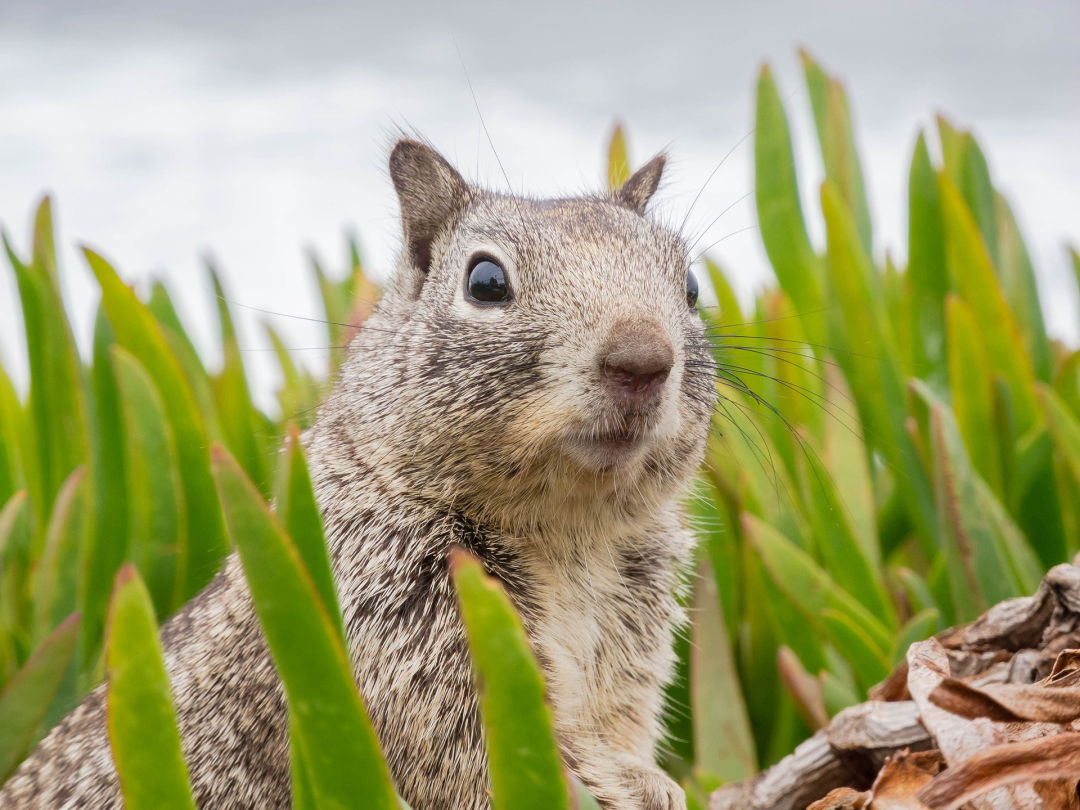 There are lots of electrical, cable and security wires in your attic that squirrels like to gnaw on.

Squirrels are members of the rodent family so their front teeth are constantly growing and they are looking for objects to grind them down with. This is not good news for your wiring, siding, fascia, soffit and other areas.

Rodents are estimated to cause 25% of all house fires of unknown causes. 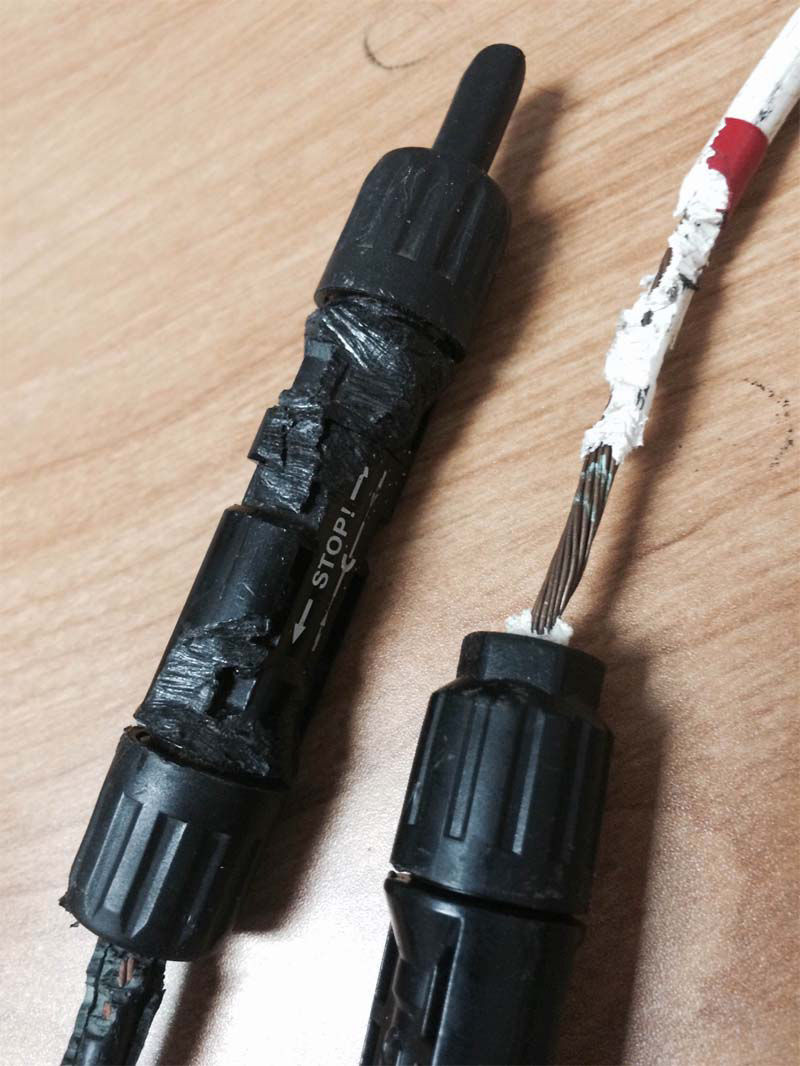 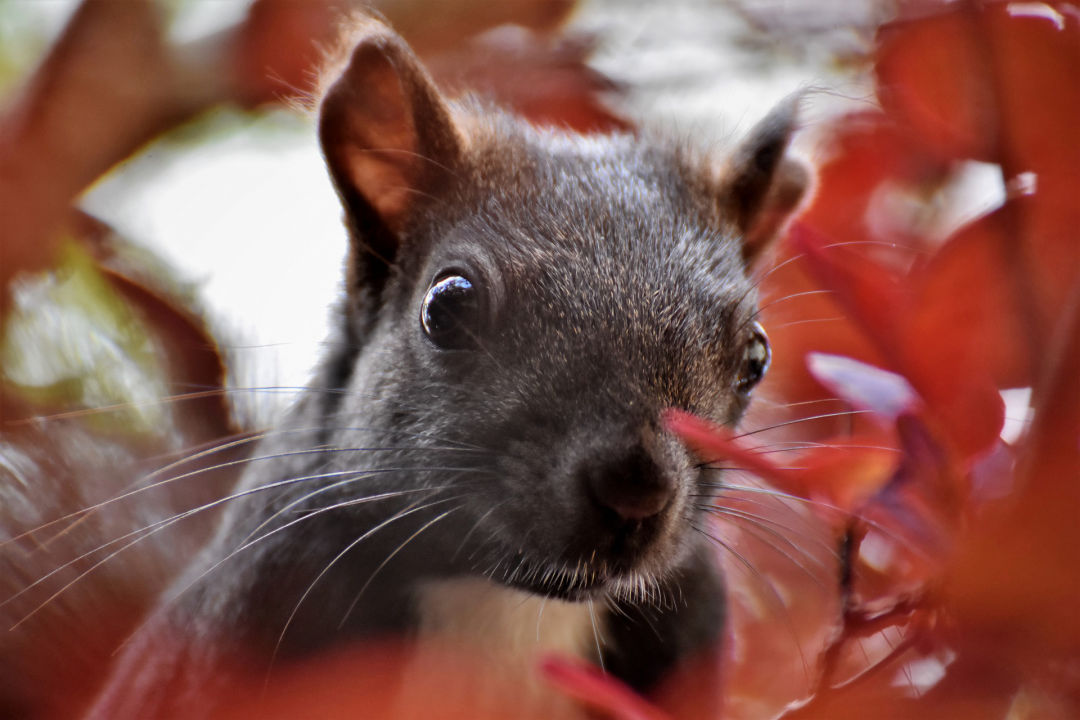 The goal of insulation is to keep the rooms below cool in summer and warm in winter. If squirrels and other animal get into your attic they will urinate and defecate on your insulation causing it to become a danger and requiring it to be replaced.
Animals will also pack insulation in by running over it or remove areas of insulation to build nest. This can be fixed sometimes by just adding additional insulation in the attic.
Sanitation of the attic is always recommended before installing any new insulation after an animal infestation. 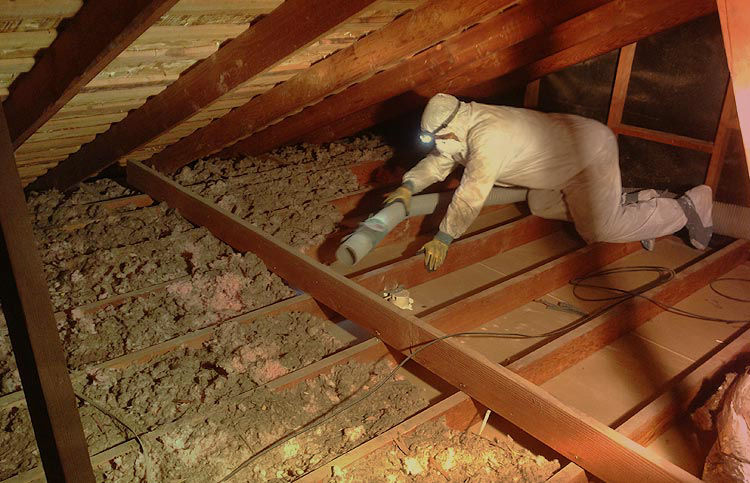 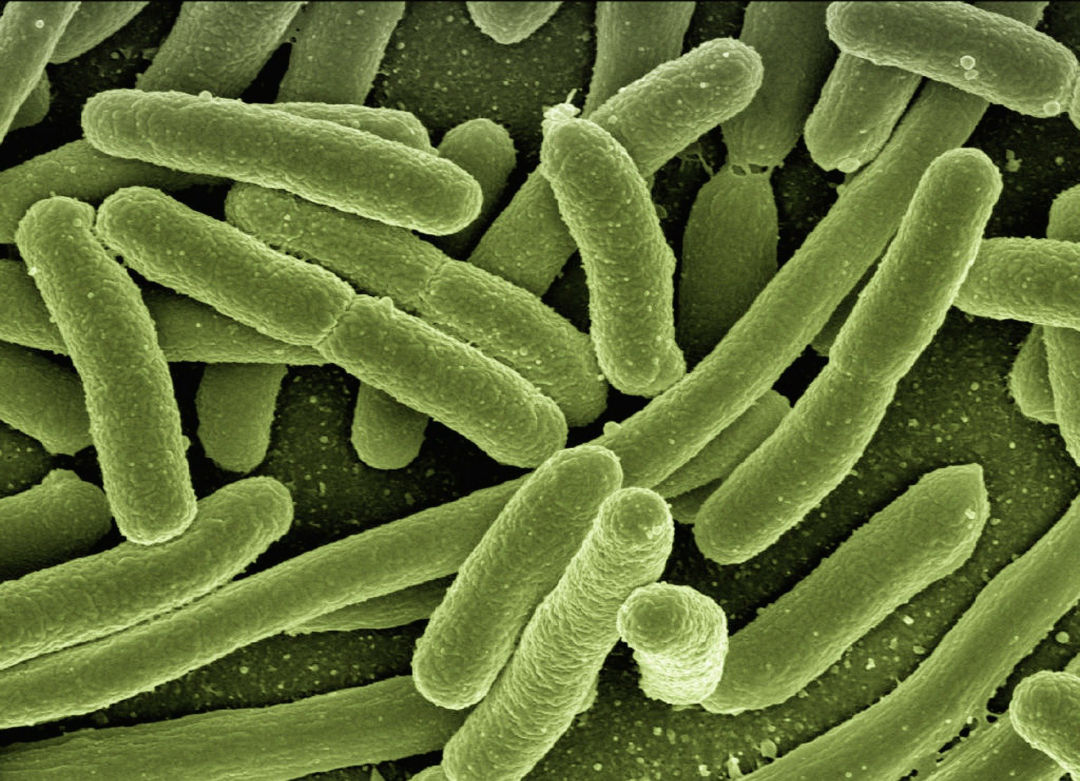 Rabies is a viral infection of the central nervous system. It is almost always a fatal disease once contracted. The rabies virus is found in the saliva of infected animals. It is transmitted by bites, scratches or through mucous membrane contact with the saliva of an infected animal.

Our domesticated animals serve as a buffer between humans and the wild animal population. That's the reason it is important (and the law) for dog and cat owners to have their pets over three months of age vaccinated annually.

Any animal exhibiting atypical or unusual behavior should be treated cautiously.

If you come in contact with any animal you believe to be rabid, you should do the following:

Completely wash the exposed area with soap and running water.
Call us to remove the animal immediately so the animal may be captured.
See your physician immediately.

Help us to get better known on Google by leaving us Feedback at both locations below
Thank you!! 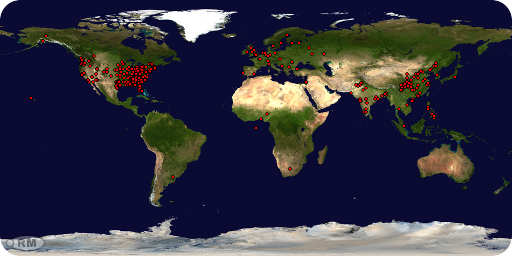